See how a Charity Group uses OnlineDraft for their fundraising Draft Event.

Donors need to select celebrities in order based on donation amount. The draft results need to be live and displayed at the event while also available to donors who are not able to attend.

OnlineDraft works perfectly for Celebrity Drafts. Available celebrities and donor participants are loaded before the draft begins. Donors are able to rank the celebrities beforehand. At the draft, the administrators project the draft board onto as many screens as they like. Admins can enter picks for donors who are at the live event while donors who are not present can make their own picks remotely. Draft results are updated instantly and available to all when the draft is over.

"OnlineDraft was an amazing tool that we used for a live/online draft. I was hosting a live draft party for a charity hockey tournament at Real Sports Bar and Grill in Toronto. There were over 200 players attending the draft party from over 40 teams. There were a handful of teams that were unable to attend the draft party though. We used OnlineDraft software to run the logistics of the draft and projected it on 5 TVs at the bar. We also sent out invitations to the teams who could not attend so they were able to take part in the draft. When it came time for their pick they were able to select a celebrity to play on their team using Onlinedraft. The entire night went off without a glitch and couldn’t have been possible without Online Draft. It was simple to use and fully customizable. Definitely an online draft software that I will use again next year! The support throughout the process from OnlineDraft was top notch to boot!" 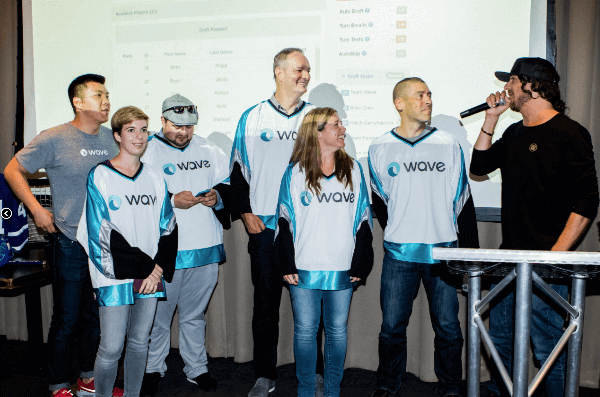 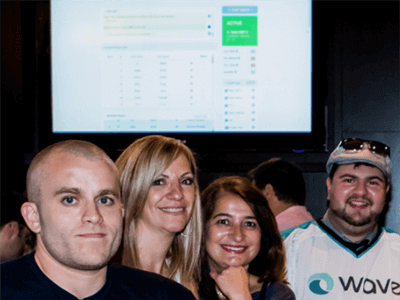